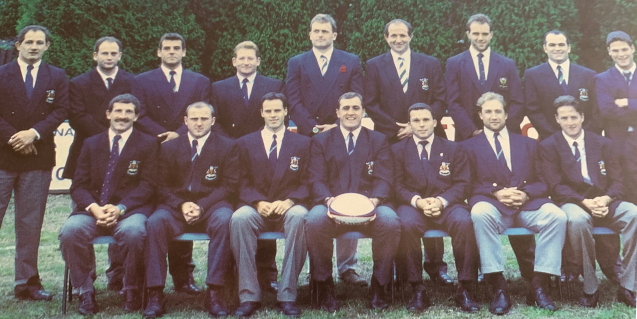 With this weekend’s news that Saracens are heading for the Championship next season, we thought we’d look back on the last time Nottingham took on Sarries in a competative fixture.

For the last Nottingham victory over Sarries, you have to go back to 12 March 1994, where Guy Gregory’s (pictured below) six converted penalties gave Notts a 18-9 victory at Ireland Avenue, in Courage League National Division Two.

A lot can happen in the next eight months before we can say for certain that these two great old sides will be meeting again next season but one thing is for sure, should it come to fruition, it will be a keenly anticipated fixture by all.

This is a website dedicated to documenting and preserving the long and proud history of Nottingham Rugby Football Club. Founded in 1877.